Chicago Has Become the Nerve Center of Competitive Pinball

Chicago Has Become the Nerve Center of Competitive Pinball.

If a baseball game is like a pot brownie—a bright, lackadaisical buzz—tournament pinball is an acid trip: sweaty, 12 hours long, and seemingly devoid of narrative structure.

It’s not for everyone. I’d done some research, so I thought I had a handle on the basics: Score as many points as possible by shooting the ball at the lit areas on the playfield, hit enough shots to complete the “mode” (the pinball version of a quest), and complete all the modes to achieve a “multiball” (when several balls shoot out over the playfield at once). Do it fast enough to earn a “jackpot” for additional multipliers on every shot and do it all without letting the ball slip through the flippers or drop down the side, known as “draining.” But within that basic framework, things get complicated quickly. Every machine has different shots to make, different ways the modes affect gameplay, and different quirks that can sabotage the best struck shots. 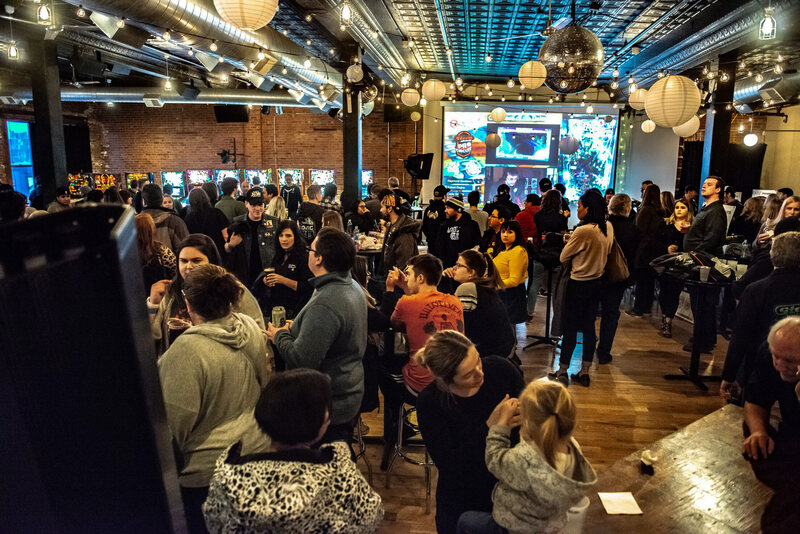 Strategies also vary from machine to machine. “Older machines are more ‘chaotic,’” 15-year-old Escher Lefkoff (ranked #21 in the world) explained during warmups that morning. “The newer ones are more predictable, so a skilled player can control the gameplay.” It’s complicated, sure, but methodical—not unlike your typical first-person shooter video game, where your trigger is a flipper, your bullet a ball. Skill and precision are rewarded, but in real time, amid the flashing lights, the glint of steel, the exclamatory directives, it’s tough for even the most trained eye to know where to focus. Layer on a lexicon of jargon and complex, tournament-style play and you have yourself a seizure-inducing combo.

Competitions typically feature three elimination rounds: In rounds one and two, groups of four rotate through four machines, playing a single game (three balls) on each. The top two players in each group advance, culling the field of 40 down to 20, and then 10. Finally, comes the “ladder bracket,” which, to be frank, neither I nor the couple next to me (who drove 11 hours from Baltimore to watch the tournament) could wrap our heads around. In other words, four hours into a half-day pinball marathon, it starts to lose its charm. But, like any good trip, about five hours in, things get interesting. 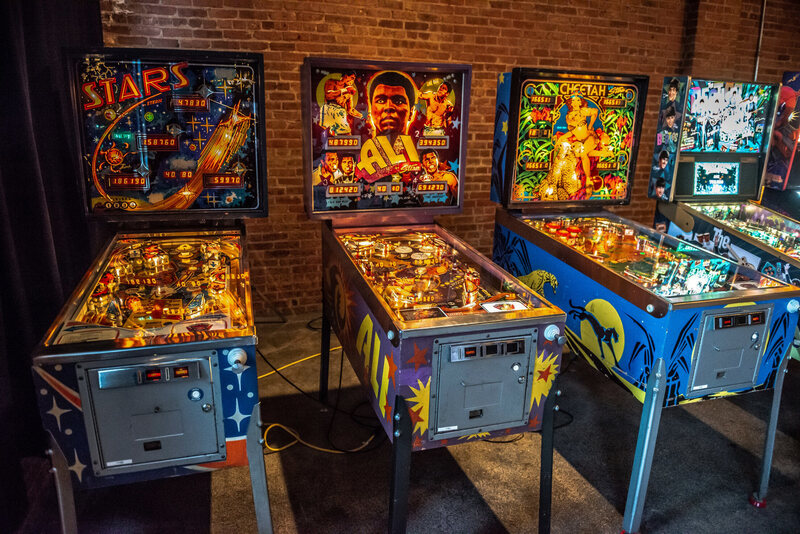 It’s all part of 73-year-old pinball mogul Gary Stern’s plan to bring pinball back to its golden age(s). (It’s had several.) The crazy thing is that it appears to be working. Savvy marketing combined with the new popularity of bar-arcades have sent machine sales skyward over the past few years. A decade ago, Stern Pinball was the last remaining pinball manufacturer in the United States. Today, there are three in the Chicago area alone and Stern has doubled the size of its factory since 2015. The city has become the epicenter of the game’s resurgence.

The Stern Pro Circuit Pinball Championship is the culmination of a year-long competition sponsored by Chicago-based Stern Pinball, the world’s top pinball machine manufacturer. Stern’s setup features a commentators’ table, an overhead camera view of each machine so the crowd can follow along, and a documentary crew to capture the drama. And there is drama. Prior to the championship, Stern’s head of marketing shared the backstories of some of the more hype-worthy players, including father-son rivals Adam and Escher Lefkoff, “The Weatherman” Eric Stone (known for his hot-headed “rage tilting,” a physical assault of the machine itself), and untouchable champion Keith “The GOAT” Elwin.