Why Do People Love Pinball?

First off, lets talk about what pinball is and where it came from. Pinball is a type of arcade game, in which points are scored by a player manipulating one or more metallic balls on a play field inside a glass-covered cabinet called a pinball machine. The primary objective of the game is to score as many points as possible.

Pinball traces its roots to an old table-and-ball game called Bagatelle. British inventor Montegue Redgrave filed for a United States patent in 1871 for an updated version of this game. He called it “Improvements in Bagatelle.” Redgrave’s game was played on a smaller, inclined playfield with marbles. He also added a spring and plunger. All of these are features of what we know today as pinball.

The first three pinball games were called Bingo, Baffle Ball, and Bally Hoo. Bally Hoo was the first coin-operated pinball machine. The name “pinball” wasn’t used until 1936, though. Bumpers were added to pinball machines in 1937. Flippers didn’t appear until 1947, and their addition was an important milestone. They changed the nature of the game from one of chance to one of skill.

So, why do people love pinball after all these years? Even with so many new type of games coming out?

Pinball is a physical game that is different every time you play it. The ball can bounce differently every time and just polishing the playfield can change so much with the way a game plays. The mechanical aspect of pinball is great as well, You feel like you have some control over where the ball goes and can make up your own game as you advance. I never could connect with a lot of video games where the rules were already written and a narrower path had to be followed.

Another reason why people love pinball is because of their appreciation for the artwork put into the machine. Each game is it’s own masterpiece of art made of wood and metal. Playable art is how I always describe pinball to my friends or others who do not play. Hand drawn artwork, mechanical design of a layout for flow and shots – amazing.

Pinball has a large community. You meet other pinball fans through forums and expos and make life long friends because of a game you love playing. I personally made many friends from these gatherings and I can say playing with company is a lot more fun!

Nostalgia. The pinball arcades was most popular from the 1970’s to 1980’s. Most of the kids playing during this time are probably around 50 years old now. A big reason why these people are still hardcore pinball fans and collectors is because they grew up playing these games and now that they play when they’re older, it makes them go back in time.

It’s also fulfilling in a physical way, and it’s why the more I play, the more I like earlier pins, EMs and solid states. They’re a little slower, and they feel less like video games than the modern ones do. Anticipating the ball hitting the rubber, giving the machine a good bump and seeing it go sailing up into the last drop target gives me a sense of satisfaction that’s hard to get elsewhere.

In conclusion, there are many reasons why people love pinball. Everyone has a story. What’s yours? 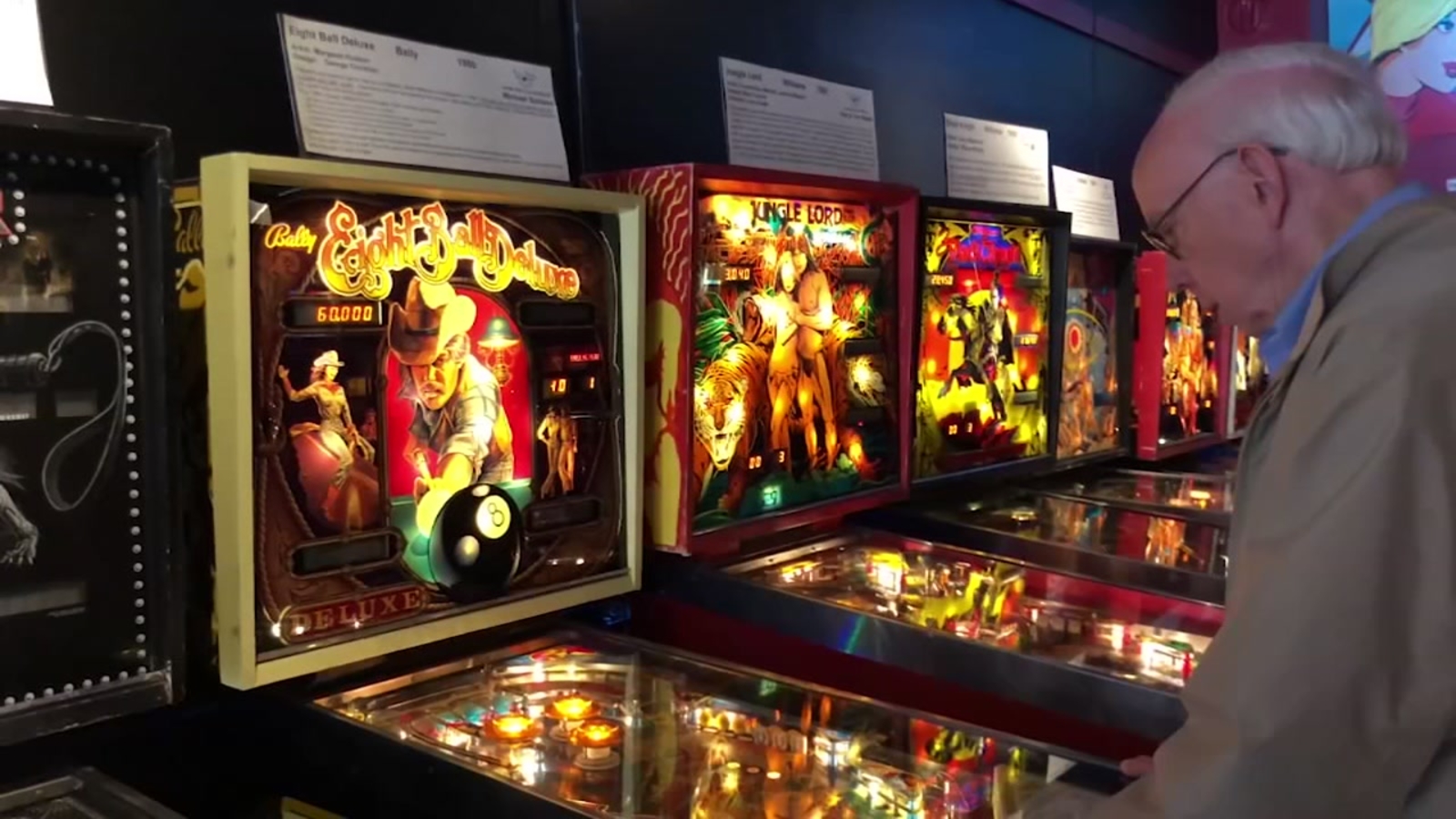